John Andrews grew up in Sheridan, Arkansas.
He is the au 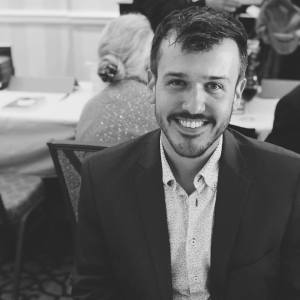 thor of Colin Is Changing His Name (Sibling Rivalry Press) which was a finalist for the 2018 Oklahoma Book Award and the 2015 Moon City Poetry Prize. Currently, he lives in Stillwater, OK, with his husband and works with the Oklahoma State University Honors College as an Academic Counselor and Instructor.

His poems have appeared in Ninth Letter, Columbia Poetry Review, The Boiler, Redivider, and elsewhere.  Along with being nominated for the Pushcart Prize, his poems have also been anthologized in The Queer South: LGBTQ Writers on the American South and Aim For The Head: An Anthology of Zombie Poetry.